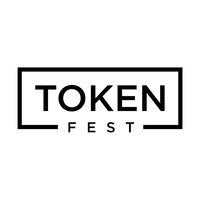 I have produced dozens of popular and well attended domain name conferences over the past 11 years, but most noteworthy to me is that within the past year, I have had the privilege to assemble content and produce the largest Domain Name industry conference, NamesCon – where we broke records with 1200+ attendees for a Domain Name industry conference. Â I also had the chance to bring DOMAINfest out to Eastern Europe and Asia with conferences in Sofia, Bulgaria and Macau.

Getting the attendance requires a compelling and attractive proposition. Â Good content, good networking, and clear value and opportunity.

Check out the infographicÂ on the 2016 NamesCon.

As co-founder I can say that the DOMAINfest Asia conference in Hong Kong will be fantastic (September 19-22, Hong Kong http://domainfest.asia) and if I manage the content for the (January 22-25, 2017, Las Vegas http://NamesCon.vegas) “NC17″Â show we will create something even better, now that the production team has put on their first conference and has a little more experience with it.

Hi and thanks for visiting my blog. I concluded a long project that had requested I drop my industry profile and blogging activity, which gives me time to blog.

That said, I am focusing the majority of my available time on a very special domain name industry conference, called NamesCon, along with Richard Lau and Jodi Chamberlain.

For those of you who are learning about the domain name industry, following it, or participating in some manner, I would encourage you to come to the event.

Hope to see you there!