Assimilating New TLDs into the marketplace

I had the privilege to speak at the CENTR General Assembly in Pisa, to discuss the marketplace and how new TLDs can be assimilated into the marketplace via the registrar channel.

It may prove to be like taking a small sip from a fireplug with the number of applications coming, so potential applicants would benefit from taking a look at the presentation.

This interview recently posted at the French domain industry website Domaine.Info for a segment that was taped at the Sao Paulo, Brazil ICANN meeting.

I am joined by Phil Corwin, Roger Collins, and Tom Barrett in discussion of the Domain Marketplace and some of the current terms and trends in the industry, following a very well attended marketplace panel discussion at the ICANN meeting. 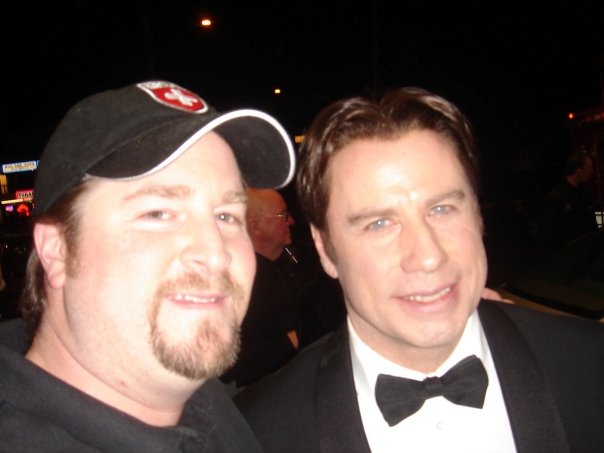 In under a month, DOMAINfest Global will happen in Hollywood, California, and there is a lot of excitement brewing over this.

It was good to see some stars and entertainment industry people at the conference last year. There are a lot of pioneers in entertainment that are leveraging on line delivery and media content to propel their success. There are also many who are using the tried and true “Ostrich” method of wait and see.

I did a quick search on Hollywood and Domain Names and I found the following article about Hollywood not getting it about domain names. In all fairness, some of the studios do get it. NBC/Universal has a very progressive approach, as does ABC / Disney. Warner and other studios definitely do. So, mileage varies, but one can always learn how to get the most out of the potential.

There is a special session on the agenda at the DomainFest entitled “Winning Domain Name Portfolio Strategies for Corporations and Businesses” that is pulling in some heavy hitters in the Brand Management space. The goal is to discuss domain management for businesses and brands, and to “Mash-Up” some of the best practices that “domainers” are leveraging into use in the corporate arena.

While attending the Associated Cities‘ GeoDomain Expo in San Francisco, Oracle World was happening across the street at the Moscone Center.

Our venue hotel had a lot of spillover crowd from the Oracle World conference, and so thre were mixed crowds socially.  Mash-up a who’s who of alpha dog domainers and Oracle enthusiasts, developers and middleware providers, and it is interesting to see what happens.

Being a former valley dweller, and having done some migrations to the Oracle platform from other systems, I was at home discussing varying levels of technical development or bizdev with some of the attendees.

It was wild to see the look on people’s faces who are  in the Oracle space when the light bulb came on over their head about the value of domains and direct navigation from a discussion with one of the many key speakers and panelists.  It was like they saw

Ron Jackson, the editor of DNJournal.com, a respected friend and industry expert, was the lunch keynote speaker at the GeoDoman Expo, and he made a joke about seeing all the banners that said Oracle when he arrived making him feel respected and welcome until he realized what they were really there for.

I had the opportunity to speak on a panel with Matt Bentley from Sedo about the opportunities beyond .com.  We both came at the discussion from different angles, but were fairly in sync on the message.  Dot Com is the Boardwalk and Park Place if you think of the world like a big game of Monopoly, but there are other neighborhoods that have their values, and those other neighborhoods will have value with hotels built on them.

Anyway, the sessions were great, but what stood out most to me was the quality and caliber of the attendees.  This was a room full of people who all got it, so the content was a bit more advanced, and the dialogs and hallway discussions were some of the most in-depth on some really interesting topics surrounding the industry.

I founded the Domain Roundtable conference and executive produced the first two, so I know a little something about these conferences, and I tip my hat to Patrick Carleton and Associated Cities on a fantastic show.   I will certainly attend these in the future and I encourage others to attend as well.

I had the opportunity to be interviewed by Victor Pitts of Moniker for the Domain Masters radio show on Webmaster Radio again, and spoke on the ICANN meetings in Los Angeles with a recap.